You’ve heard me say it before.  Lock picks simply aren’t used to commit crimes.  Criminals rarely have the patience to master the art of lock picking.  Criminals kick down doors and break windows. 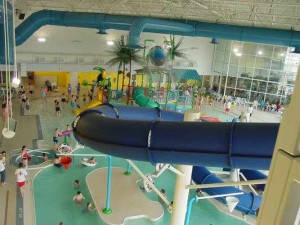 But there is always the exception to every rule and this week gives us one of those rare exceptions. It seems that an enterprising homeless man had purchased a $25 membership to the Warren Community Center in Warren Michigan.  He was using the center to have a place to shower and shave.

He was also using lock picks to gain entry to member’s lockers to steal what he needed.  He was arrested with lock picks in his possession.

Two things about this story stand out to me.  First, I am amazed how much nicer the Warren Community Center is than any of the gang-symbol encrusted community centers here in New Jersey.  Even Michigan’s homeless are better groomed, and obviously more resourceful than New Jersey’s homeless.  Why can’t NJ have nice things?

Second, I find it interesting that the homeless man was charged with possession of burglary tools in addition to larceny.  The lock sport community has always understood that, in most places, lock picks are perfectly legal to possess unless you are possessing them to commit a burglary.  It’s interesting to see that legal principal in practice.