Do you ever hesitate to tell people that you pick locks for fun?  Have you ever told someone and gotten “that” look?  I proudly run a legitimate lock picking tools business and even I don’t always proudly tell people until I’ve gotten to know them fairly well. 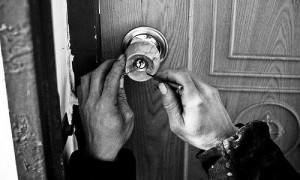 Lots of people assume that if we pick locks, we must be doing something a little shady.  Is there any truth to that?  Every few years a news report shows up about somebody who picked a lock to commit a crime.  But does this lockpicking crime happen often enough to be considered a problem?  I Googled “lockpicking crime”.  The first 10 pages of results did not list a single crime.  Not one.  It seems that lockpicking and crime really don’t go together very often.

A few years ago, there were news reports about this scary new threat to everyone’s security – bump keys!  Because of these reports, some places made bump keys illegal, locksmith trade magazines ran articles about the dangers, lock manufacturers invented “bump resistant” technologies, and the evening news had “experts” demonstrate the new threat on TV.  Of course, this “new” threat was really as old as pin tumbler locks.  No one had ever heard of it because nobody was actually using it to commit crimes.   All the fear mongering was missing that one very important detail:  somebody actually using it to do something wrong!

So, Google and the evening news can’t show me the shady side of lock picking.  Who else would know?  Maybe law enforcement can shade some light on this shady topic.

I know this retired police detective pretty well.  I asked him if he had ever investigated or heard of anyone investigating a crime that involved picking locks.  He had never heard of one case in his 15 years on the detective squad.  He even told me that, in his opinion, it doesn’t ever happen. Why?  Because the people that commit property crimes are not the same people that take the time to master a skill like lockpicking.   He told me that one characteristic that he saw over and over again in criminals was a lack of impulse control – probably a big part of the reason they ended up as criminals.  Impulse control is the exact thing that makes it unlikely that someone would ever spend the time to learn to pick locks with any proficiency.

So, is lockpicking really shady?  Absolutely not!  Lockpicking is a puzzle and a mental challenge.  Lockpicking is as shady as a game of chess.  But will we ever convince the unwashed masses that we’re really upstanding individuals with an unusual hobby?  Probably not.